The History Behind Pride Month

The month of June celebrates LGBTQ+ Pride Month after the Stonewall Uprising on June 28th in 1969. In the 1960s, it was common for police to unjustly raid gay bars in New York City. In the past, the patrons would accept the raids passively despite them being unfounded. However, on June 28th, the patrons of the Stonewall Inn bar would no longer allow the harassment to be met with inaction. The patrons fought back on police who raided the bar that night. This resistance allowed for a new precedent to be set: the LGBTQ+ community would not allow discrimination and persecution to continue.

The following year, on June 28th, 1970, New York City residents marched in the streets to celebrate and commemorate the Stonewall Uprising. This would later be considered the first pride parade. This uprising and its subsequent celebration led to a major shift in the LGBTQ+ rights movement and marked an important catalyst in the push for equality.

Timeline of the LGBTQ+ Rights Movement 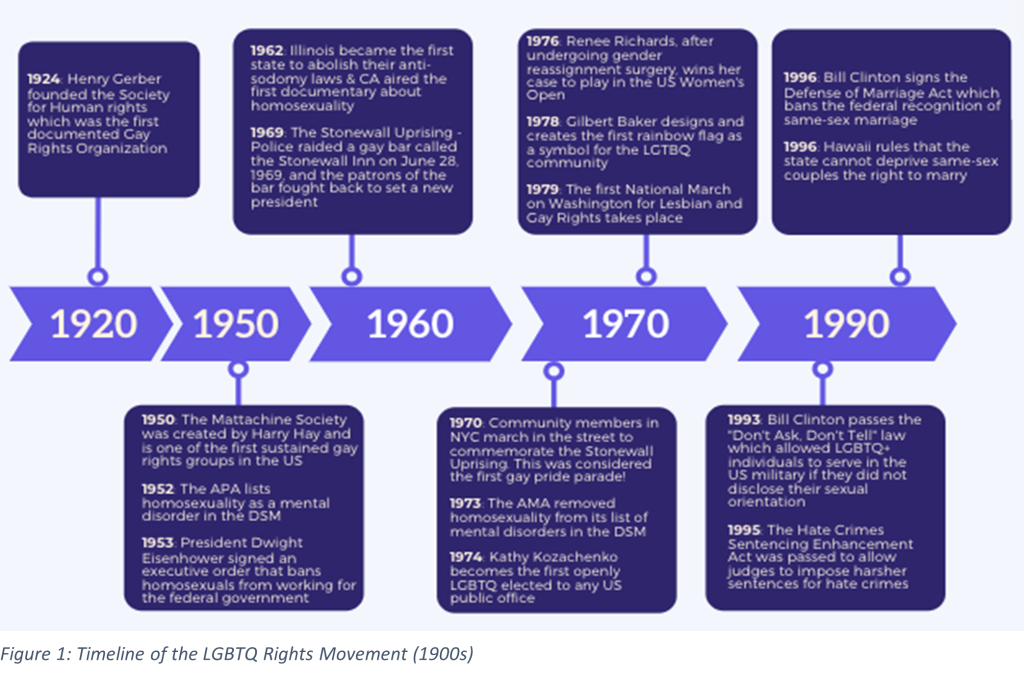 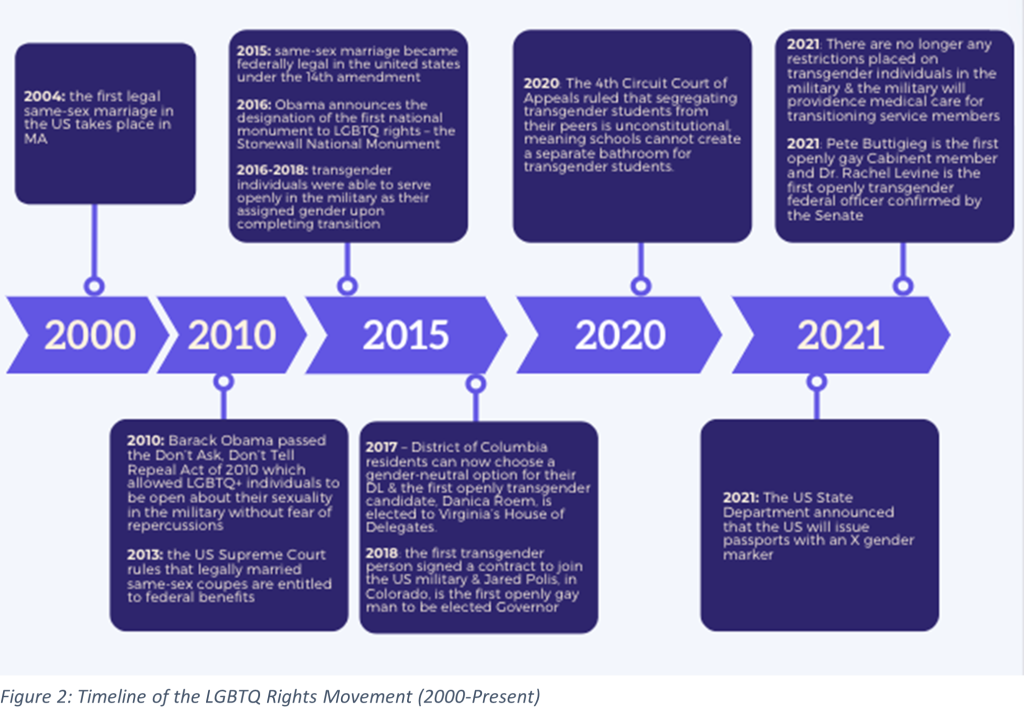 The Use of Pre-Exposure Prophylaxis (PrEP)

The creation of PrEP is a major step in the fight against the HIV/AIDs epidemic. PrEP is a medication that reduces your chances of getting HIV by 99% if exposed via sex. PrEP can be administered in the form of a pill or shots: Truvada and Descovy being the two approved pills and Apretude being the approved shot. There is flexibility with administration. If a person were to want to switch from pills to shots or vice versa, they could speak with their healthcare provider.

Those with insurance or state Medicaid have access to PrEP at no cost. If an individual does not have insurance, then they can use one of the following programs to obtain PrEP at little or no cost: Ready, Set PrEP, Co-Pay Assistance Program, ViiVConnect, or PrEP Assistance Program.

In order to start taking PrEP either an in-person or virtual appointment with a healthcare provider must be scheduled and an in-person or at-home HIV test must be completed. Once prescribed, routine visits are necessary for subsequent HIV tests and refills.

LGBTQ-competent care is pivotal in decreasing barriers to access and improving the experience for the LGBTQ community. As of 2019, individuals a part of the LGBTQ community report not having sufficient choice or access to LGBTQ-competent providers who are in-network with their insurance. Additionally, they report being denied coverage for LGBTQ-specific medical service such as HIV medications, PrEP, hormones, PEP, HPV, and gender-affirming care.

There are also major barriers to care for the LGBTQ+ community. Some of these include resources to pay out of pocket, not enough adequately trained providers, the assumption by providers that the individual is cis-gendered and heterosexual, provider fear or dislike of LGBTQ+ people, and not knowing how to access LGBTQ-component providers.

The qualities of a competent providers include:

By integrating the above qualities into your practice, your LGBTQ patients will feel more comfortable with your practice and are more likely to receive high-quality, patient-centered care.

Gender-affirming care encompasses medical practices such as hormone replacement therapy, surgical interventions, and non-medical care such as legal or social support while transitioning. This type of care is recognized as medically necessary by both national and global organizations. At this time, however, Alabama, Arkansas, Arizona, and Texas have restricted youth-access to gender-affirming care. The restrictions on gender-affirming care include:

LGBTQ+ youth report higher rates of depression, anxiety and suicidality when compared to their non-LGBTQ+ peers. Transgender youth specifically report higher suicide risk outcomes including having felt sad or hopeless, considering attempting suicide, making a suicide plan, attempting suicide, or had a suicide attempt treated by a provider when compared to their cis-gendered peers. Furthermore, a lack of access to gender-affirming care has been significantly tied to worse mental health outcomes. Within healthcare spaces, LGBTQ individuals report higher rates of negative experiences with providers when compared to non-LGBTQ individuals.

Being an LGBTQ-competent provider and providing gender-affirming care is necessary to providing patient-centered, quality care. These are basic steps that can be taken on the provider side to ensure patients are feeling respected and valued by their provider. Furthermore, access to competent care significantly impacts patient’s mental health. Revisit the above qualities of a LGBTQ-competent provider and explore ways to include gender-affirming care in your practice.

There are rigorous and extensive tests that donated blood undergoes, including tests for the presence of HIV, hepatitis, syphilis, and other blood-borne diseases. However, for the approximately 12 million units tested per year, approximately 10 HIV-infected units have slipped through due to faulty results. Given this, the FDA still excludes men who had sex with men in the last 3 months from donating.

However, the federal policy is not preventing risky behavior but rather a general group from donating. Women who have unprotected sex with multiple men and women are still able to donate, but a man who has protected sex with another man is unable to donate. This highlights a clear example of the FDA discriminating against a group rather than a risk factor. The Human Rights Campaign suggests the FDA should alter their pre-donation questionnaire to inquire about risky sexual behavior rather than sexual orientation or gender identity.

As healthcare providers, it is our job to provide compassionate, high-quality, and patient-centered care regardless of the patient’s sexual orientation or gender identity. By adjusting our practice to include gender-affirming care where appropriate, educating ourselves on LGBTQ+ history, and learning how to provide LGBTQ-competent care, we can help improve mental health, improve access to care, and make an impactful difference in the lives of our LGBTQ+ patients.